As identifiable from the very basic track design, this layout is to all intents & purposes an "Inglenook".  Measuring just 36" x 10", rather than shifting freight stock, it is however purely designed to accommodate diesel motive power in and out of a refuelling depot.  The scenic RH end measures just 22" long & is influenced by a year 2000 magazine article picked up at an exhibition for just 50p !  Layout started March 2016.

The image below shows the uncomplicated track plan, a plan borrowed from a "Rail Express"  magazine, year 2000.

Below:  Progress to the rear back scene & introduction of the Bachmann refuelling point.  Bridge & storm "clouds" started. 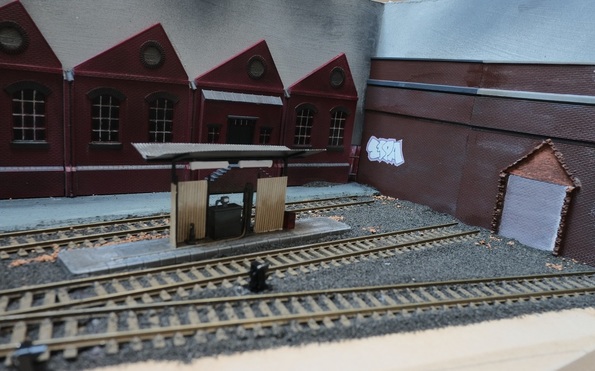 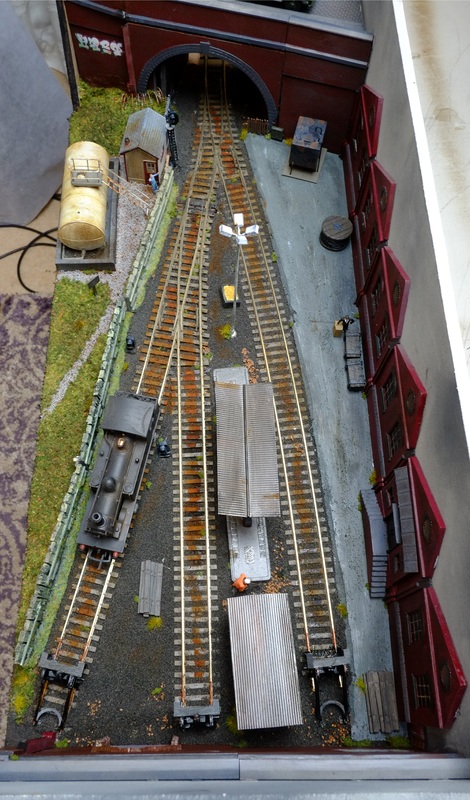