An OO Gauge DCC one board inglenook layout size 60" x 18" .  Having been dissatisfied with an earlier attempt at this concept,  this layout uses a substantial number of items including baseboard from that failure & other layouts.  Hence the initial build has progressed quite quickly.  Although I am not a fan, the initial plan showed a level crossing .  During build this was replaced by a bridge which permitted an easier route, given the limited board width,  to hiding the two fiddle sidings.

The original (V1) track plan using SCARM. Essentially a three siding Inglenook with a kick back siding. A two road fiddle yard will be hidden behind a raised bank & trees on the RHS. 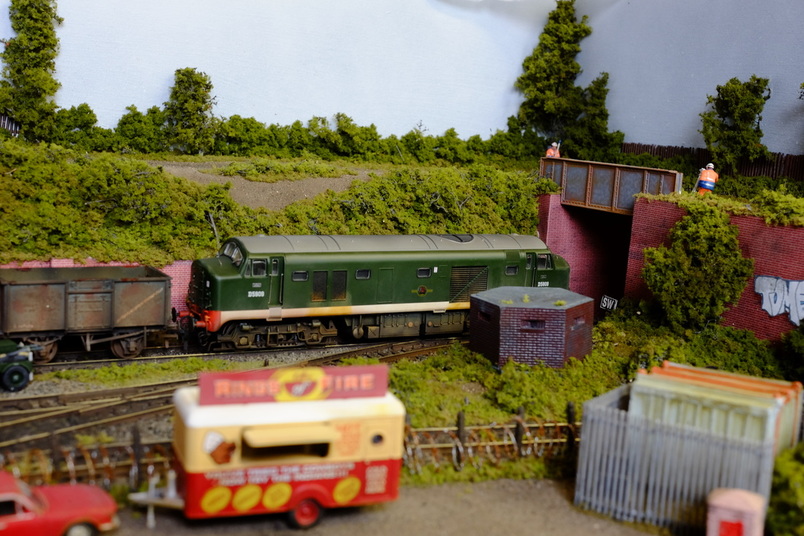 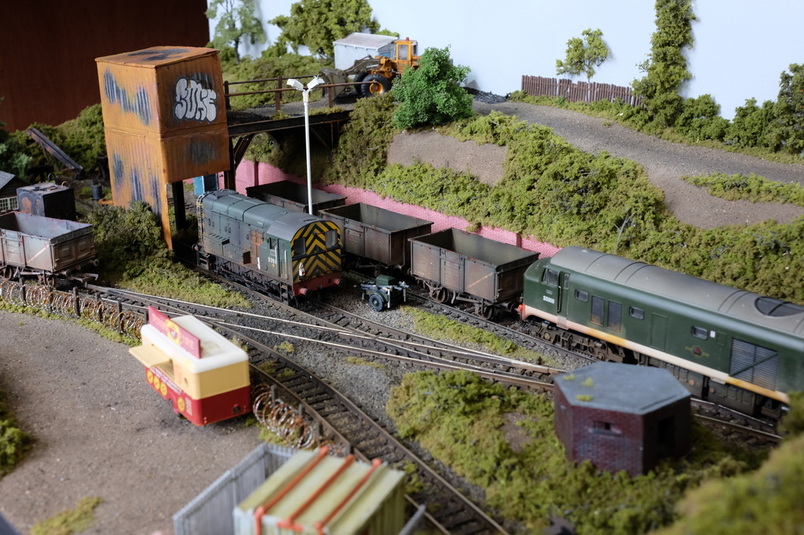 Class 08 awaits the empties being shunted to the sidings. 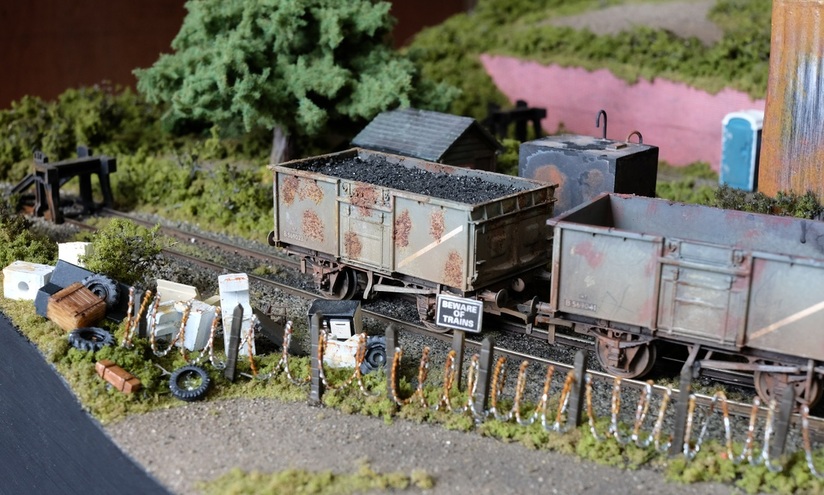 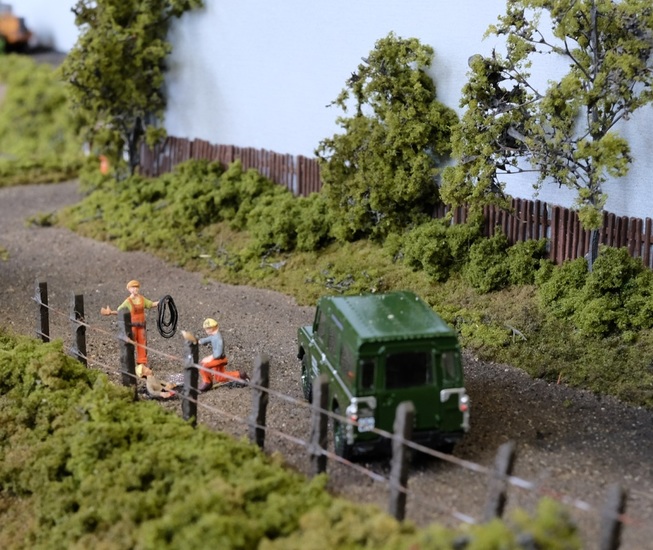 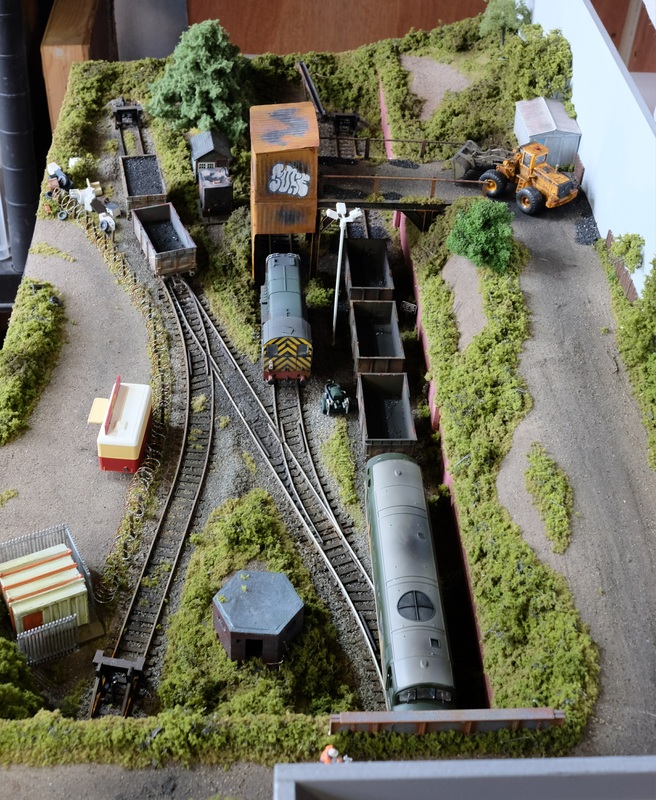