Third attempt at a Z Gauge layout.  Proposed trackplan below, about 29" x 24".  The scenic will be deliberately generic to enable stock of various countries to be run;   my previous pattern for Z Gauge layouts.  [Jan 2016] 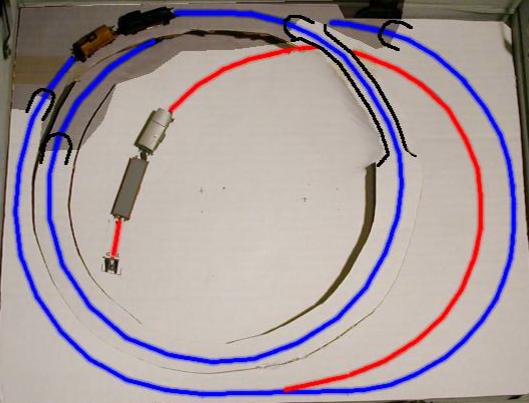 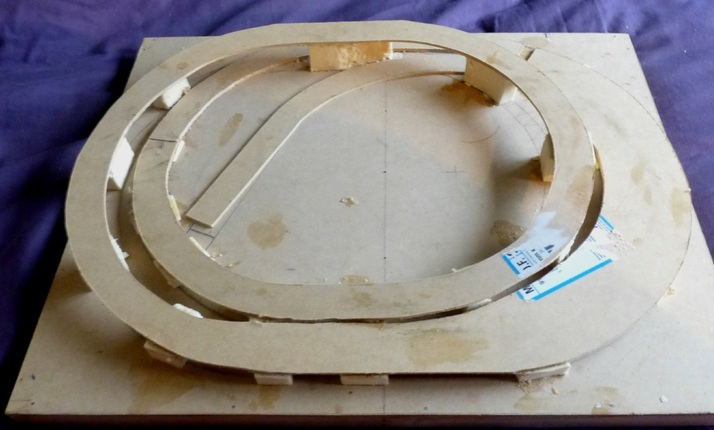 Below: the green is just an undercoat, not finished rockscape.  Most of the track (Peco apart from point) down & basic contour work completed.  Apologies for poor quality image ! 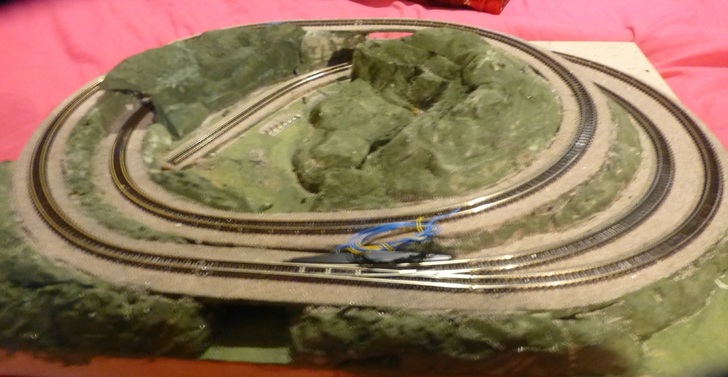 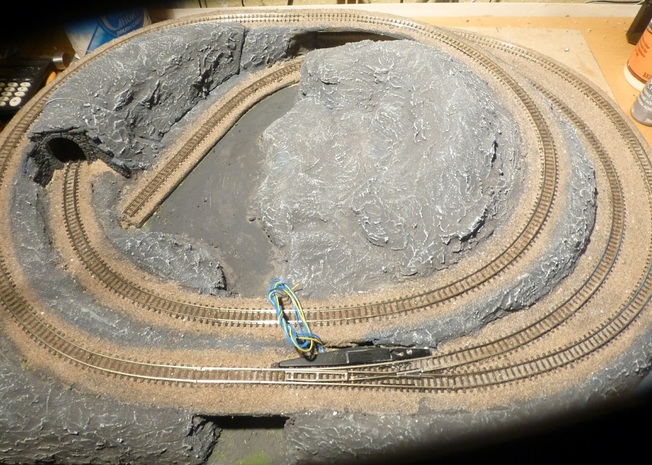 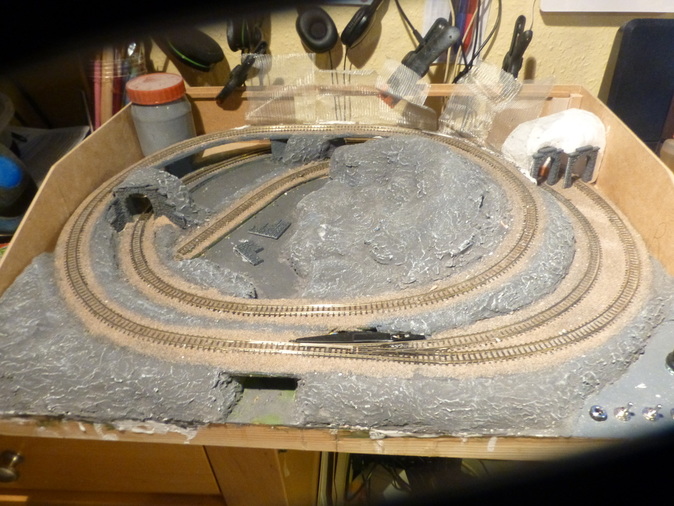 Image below shows layout construction before adding foliage etc.  Signalling & mine still to be added . {Feb 2016} 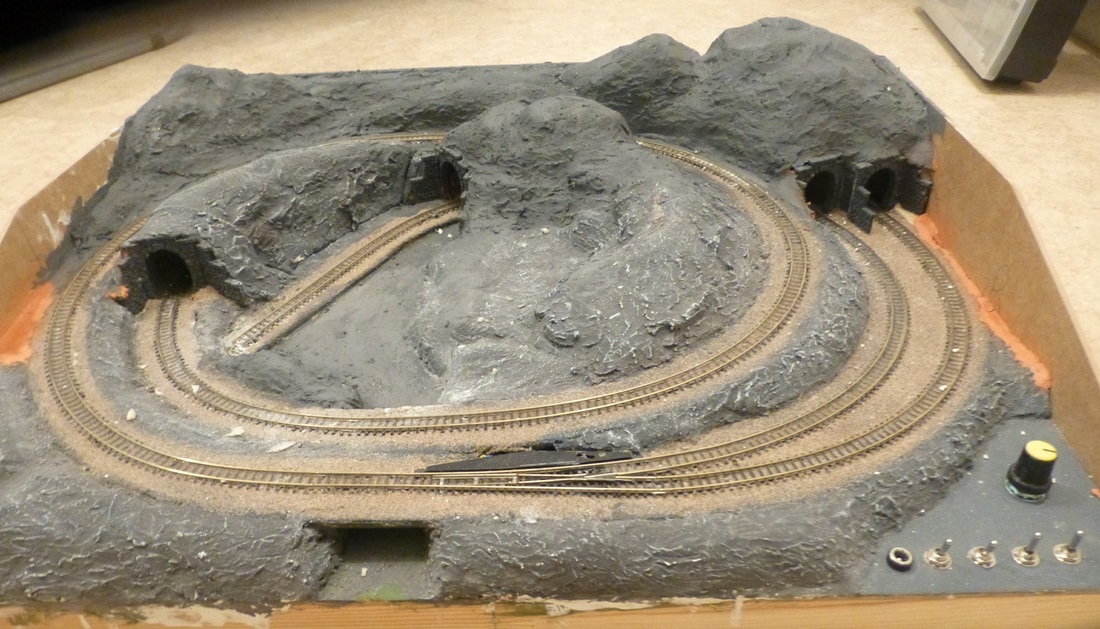 Below:   Scenics almost completed, working signal added, mine in place.  Odd building still to be added.  "Greens" are to be toned down, look awful in photograph !  [Feb 2016] 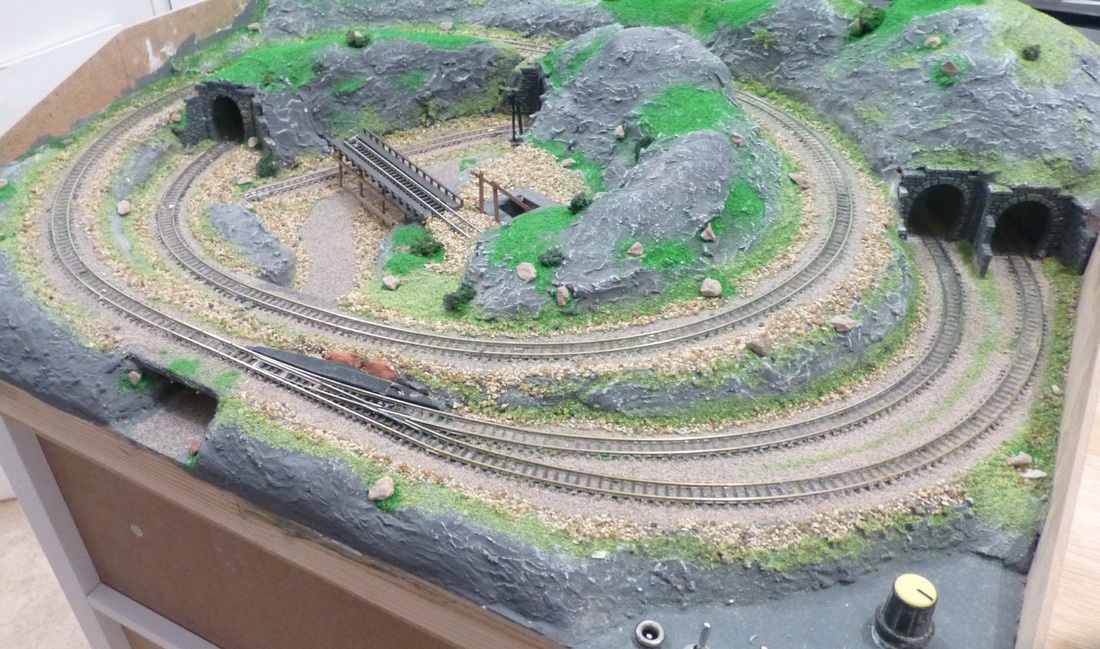 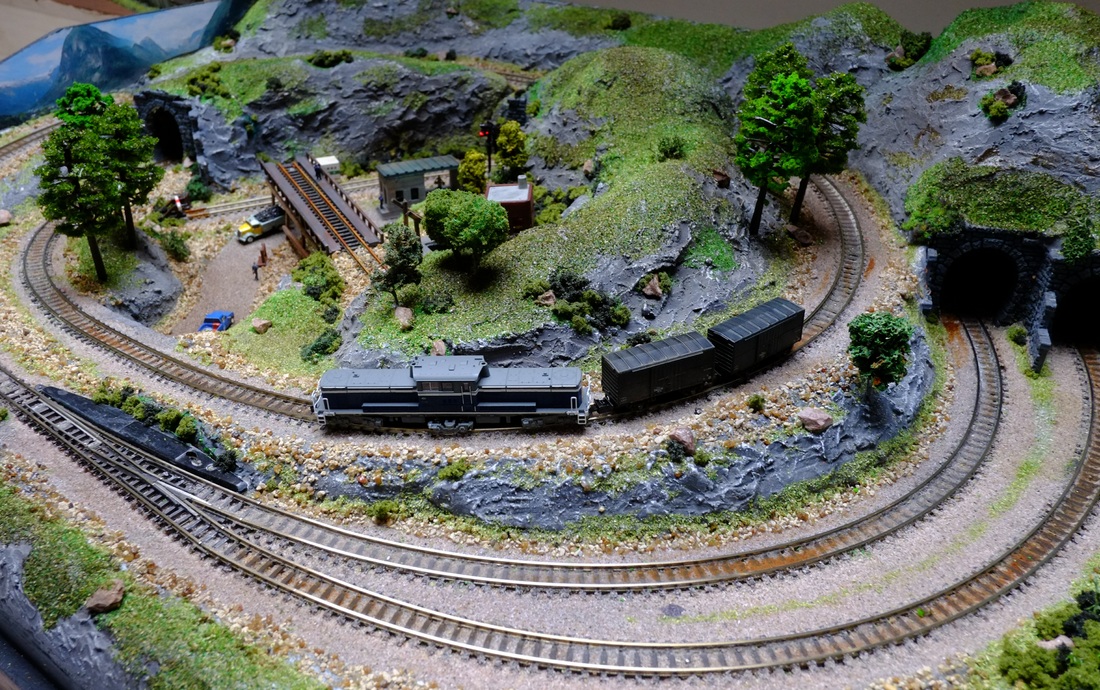 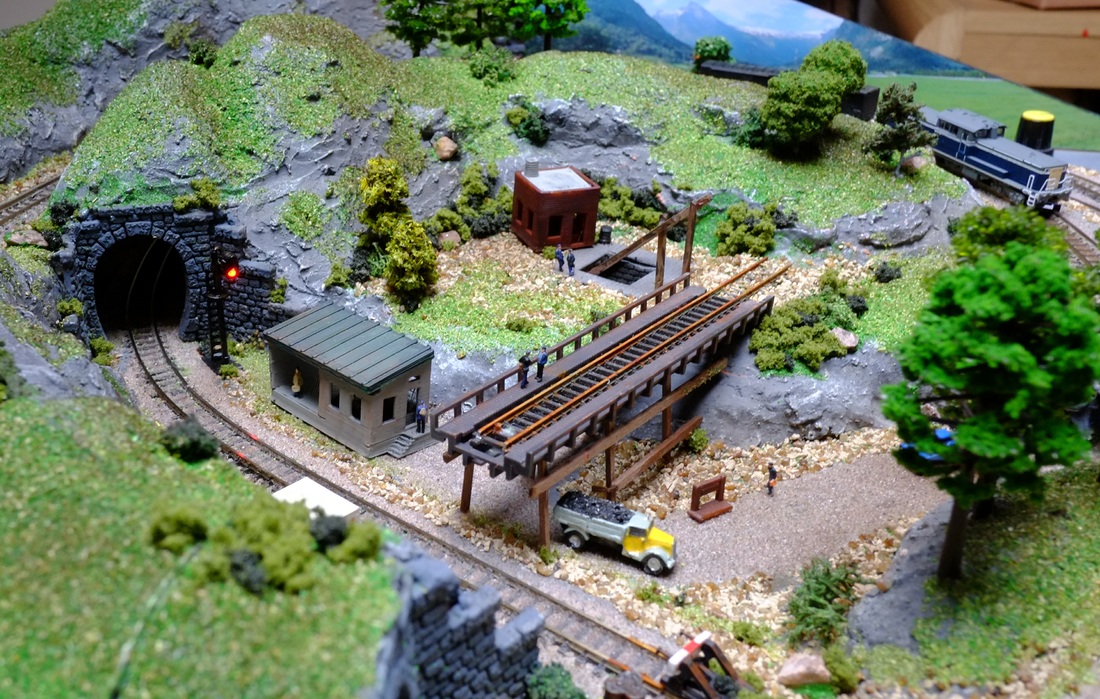 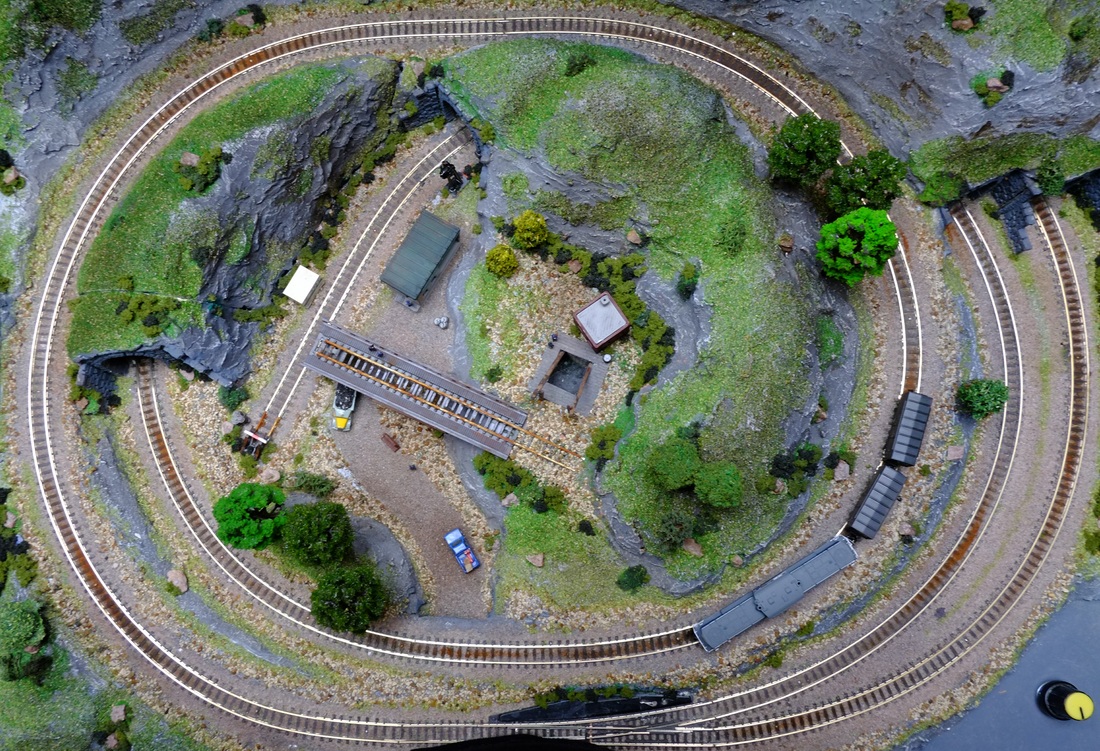