Essentially my home layout measuring 6' x 2' but with a scenic section of about four square feet.

The layout is based on the trackplan for the Duffield Park Railway of 1890 & in particular that for the Tennis Ground Station; the first station that Sir Arthur Heywood constructed for the minimum-gauge (15”) demonstration railway at his estate at Duffield Bank, Derbyshire. Tennis Ground had two buildings—an unusual station building and a large carriage shed that also sheltered goods wagons. This micro layout duplicates all the trackage at the station and takes further inspiration from John Spences' Ashcombe layout.  Essentially the layout is "just a station complex".  The advantage of an N Gauge build is that a great effect of space may be accommodated in a relatively small area. Essentially the whole 48" x 18" scenic section is given over to the station complex.  Behind the scenic section lies a three road fiddle yard with infra-red detectors.

The baseboard has been deliberately built in three sections to ease transportation for exhibitions and, unusually, has a fixed front facing control panel. 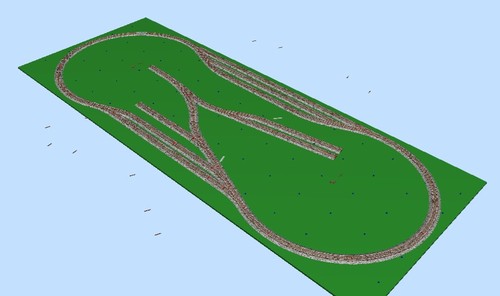 Showing scenic section and part (LHS) of external run-round. Track has been ballasted but is awaiting sleeper painting & track weathering. Behind the backboard is a three track fiddleyard. {May 2011}

Photograph shows July's progress on Kidmore Vale. The month saw the addition of the short terrace of houses at the back of the layout & the livestock yard; the latter represents the major industry for this layout. Still to go, before application of detail scenics, are both the addition of a scrapyard (once the stream is finished as this will divide the LH hill from that yard, & the station building / platform etc.). A revamped Lyddle End goods shed is also in progress with a GWR colour scheme & interior detail. It is anticipated that Kidmore Vale will be ready for the Berkshire Group of the N Gauge Society's exhibition at the end of March 2012. [Aug 2011]

Progress in July & August. Not a great deal owing to the excellent weather and hols. [Oct 2011]. 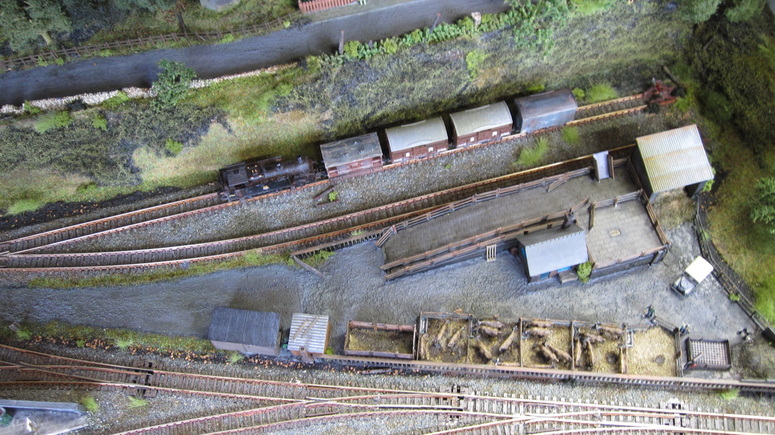 Aerial view of the layout's main "industry", the transport of cattle. [Oct 2011] 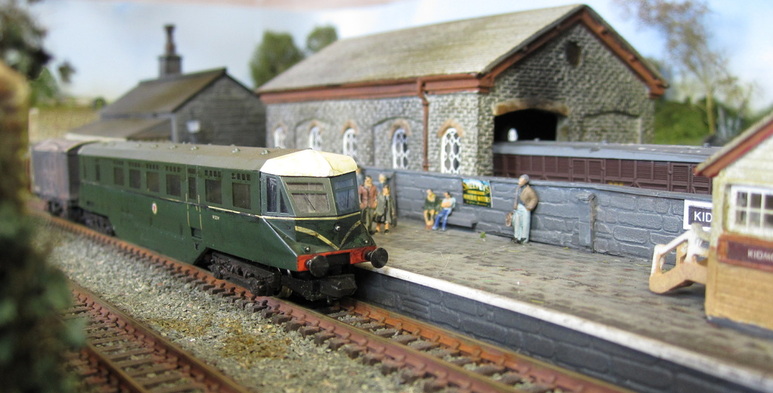 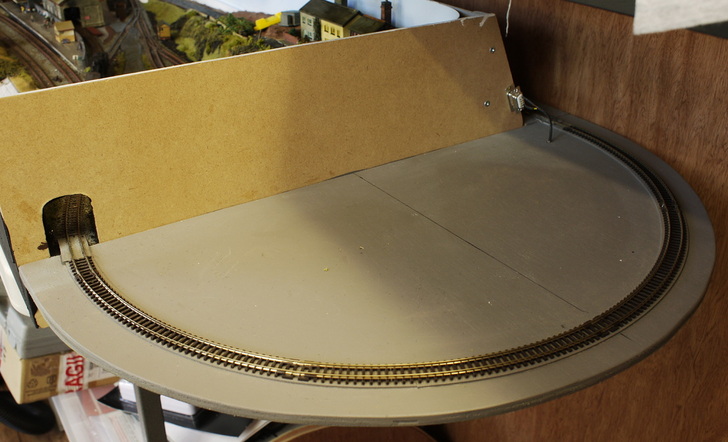 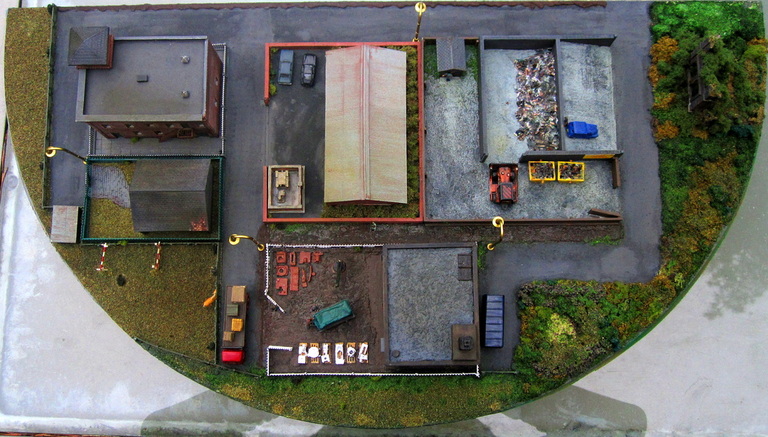 Scenic board created, an industrial estate, to fit above the "boring" bit in the last photograph. This has been built as a removeable (or ignored) item which can be placed at either end of the layout; this to permit operating from either the LH or RH front side depending on exhibition space availability. [Nov 2011] 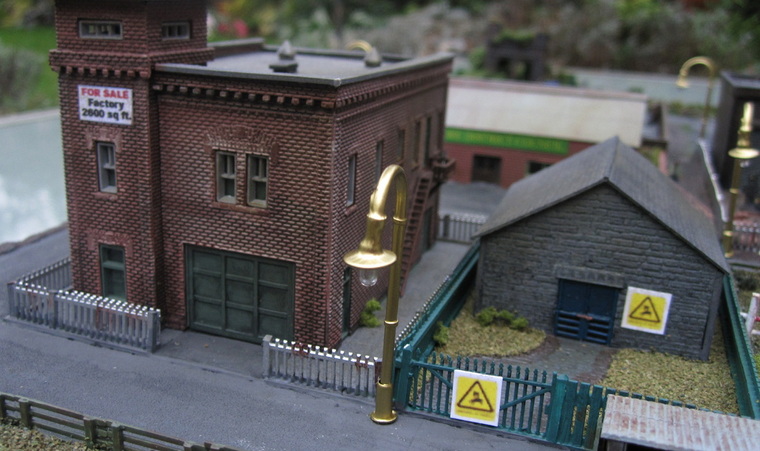 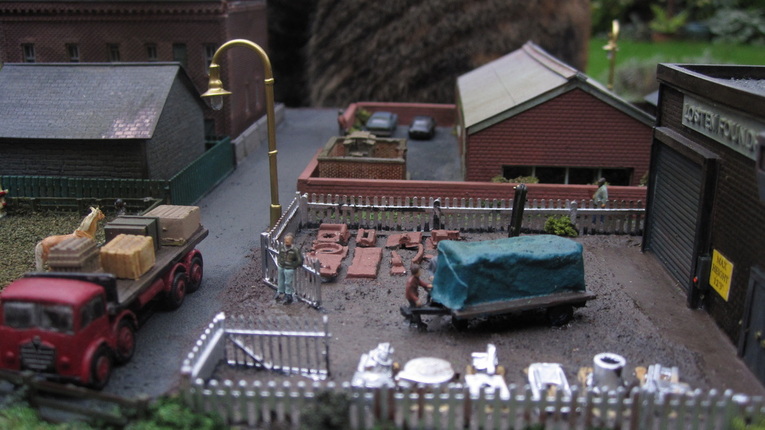