America’s Class 111 Short Line railroads serve as the primary feeder system for the national rail network and
pick-up and / or deliver one out of every four rail wagons moving in the USA.  They employ nearly 20,000 people, serve over 13,000 facilities and haul over 14 million wagon loads per year.  These “local railroads” are restoring connections to innumerable local communities, both urban & rural, and small businesses.  They are gaining strength by providing a customized first mile, last mile, service that the larger “hook and haul” Class I’s have moved away from to focus on their
Transcontinental product.

What Short Lines lack in size they more than make up for in the service they provide their customers. Short Lines literally live or die by the sometimes few precious wagon loads they are able to haul each year and cannot afford to give up a customer or two to improve their bottom-line numbers (as is sometimes the case with their Class 1 counterparts).  Some  are only kept in operation because of only one customer they serve.  Should that customer leave, then the railroad will either close down or enter a dormant state whilst waiting for a new customer(s) to appear.

The shortest recognised commercial Short Line railroad is thought to be the Pioneer & Fayette in Ohio.  The line measured just one half mile in length.  The company owned one locomotive, a Plymouth 25 tonner.  The line was abandoned in 1992.

This 48” x 12” layout represents a Short Line configuration somewhere in downtown USA.  It serves a handful of industries with stock acquired cheaply from a variety of Class 1 companies (or in my case secondhand tables at exhibitions!).  As a first (for me), trackwork & electrics is all Kato.  Layout is DCC operated with sound chipped stock.

5' x 1' baseboard constructed & the majority of Kato Unitrack in postion and wired (the latter simplicity itself). Note Kato point levers. 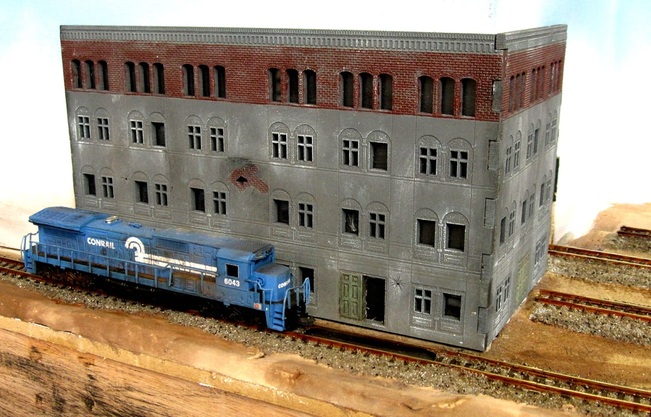 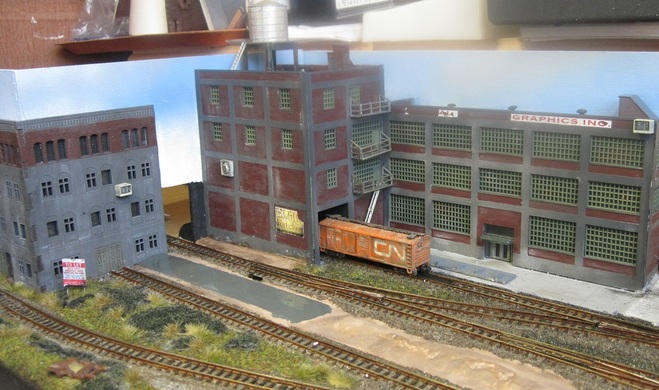 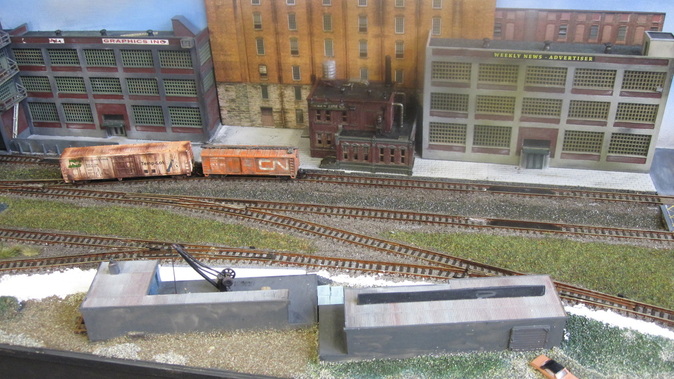 Industry to the left of the road. Walthers, photograph, & kitbashed buildings. Not too happy with low relief effort on RHS & this could well be replaced. Two foreground structures are single storey buildings serving the team track. 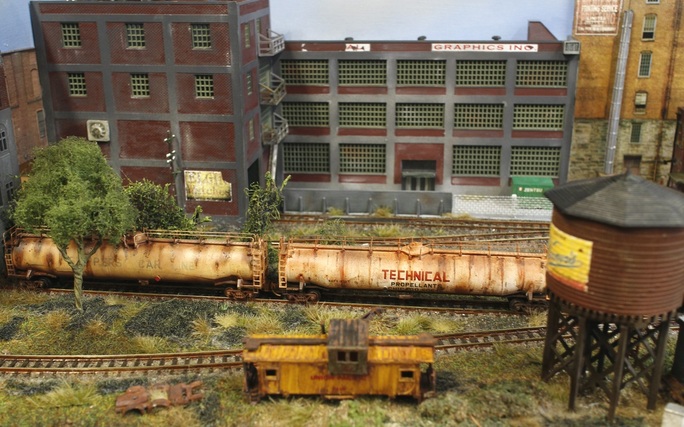 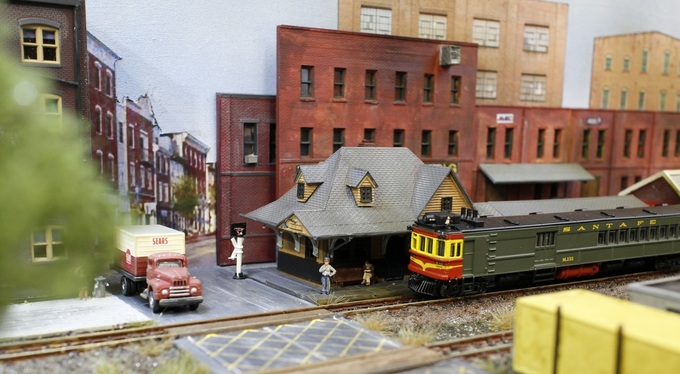 Needed a station just for excuse to run a "Doodlebug" ! 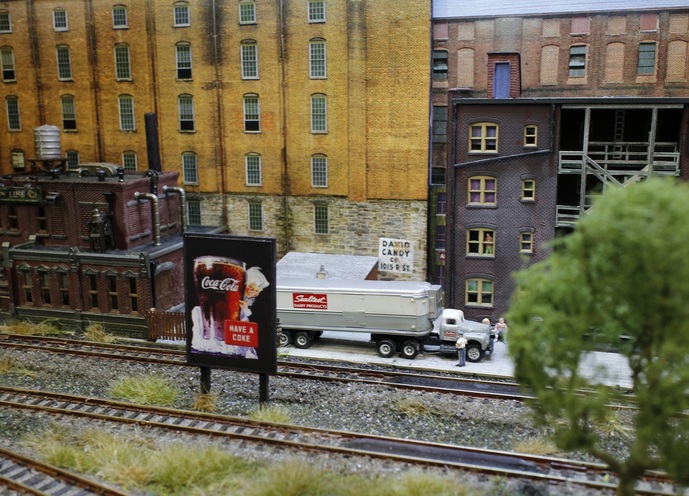 Downtown by the tracks. 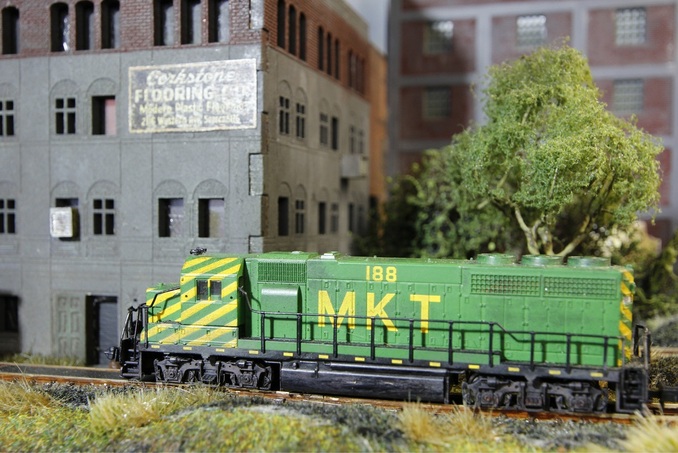 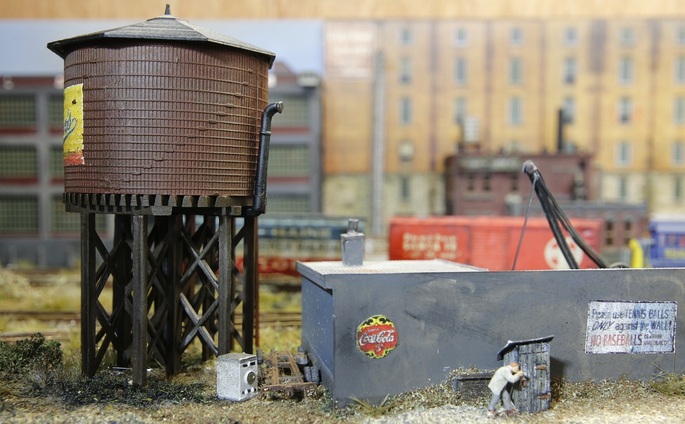 Who or what is the snapper snapping ? 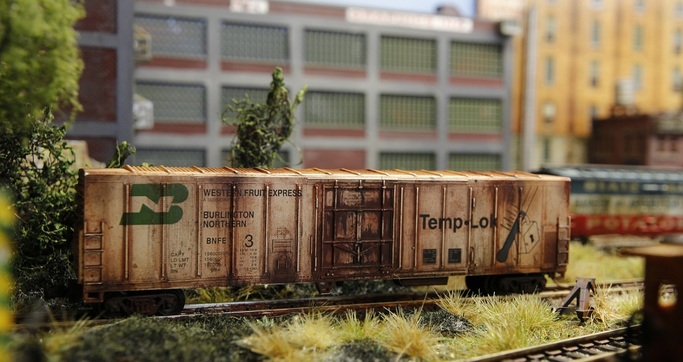 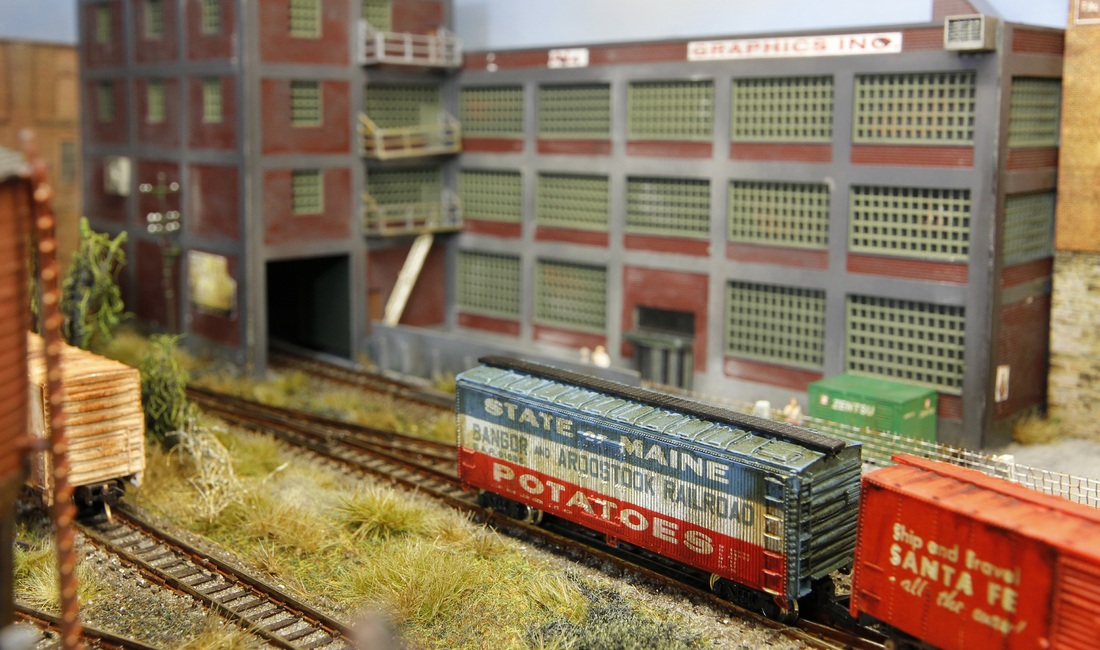