|With the abandonment of "KidmorAPA" as being unsuccessful, a new layout was needed to run 009 stock.. It is intended that whilst a roundy,  the layout will boast two distinct sides: a light industrial sawmill & a small typical narrow gauge type station (courtesy of a Scenix building leftover).  The loop runs through both scenes with the potential to add a fiddle yard at a (much) later date (top RH corner of plan). Peco 009 setrack has been used throughout on a 3x2' baseboard

Virtually all  locomotives are scratch built 3Dnylon  bodies based on Kato 103 or 104 chassis. 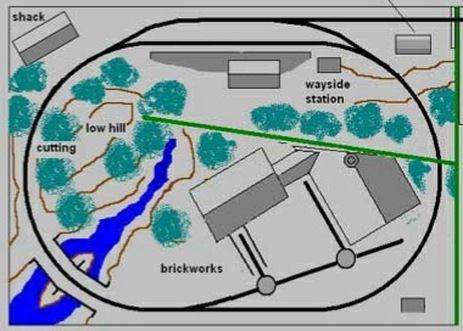 Original trackplan on which this layout is based by Ted Polet (permission obtained). 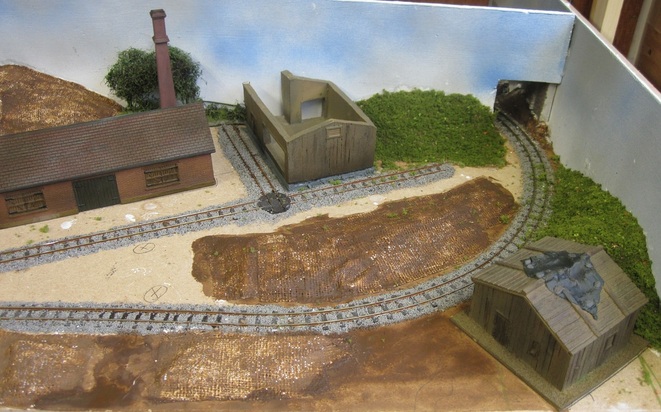 RHS of industrial side. The roofless building is deliberate so that inside detail may be added. The RHS hut is actually a 15mm Russian wargame house. No buildings are yet fixed in position. 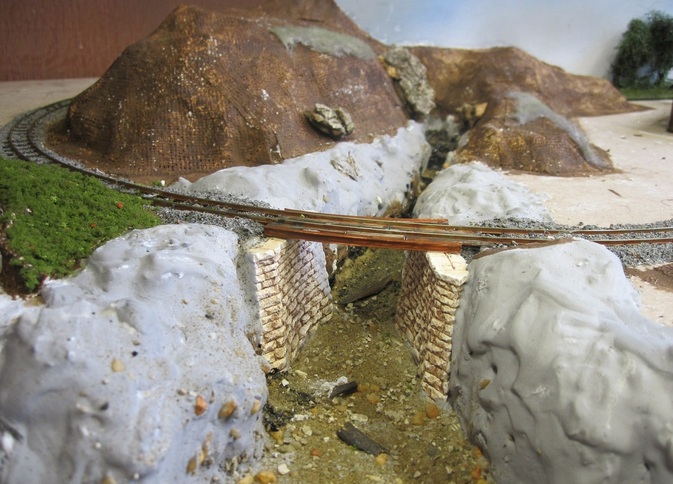 River crossing. The intent is to hide the start of the river via a waterfall & overhanging trees. The river banks are constructed with Polyfilla mixed with PVA into a gloop. The bed has been given a coat of bitumen to assist "water" retention once added. Bridge sides are plaster casts & will be toned down once river colour has settled. 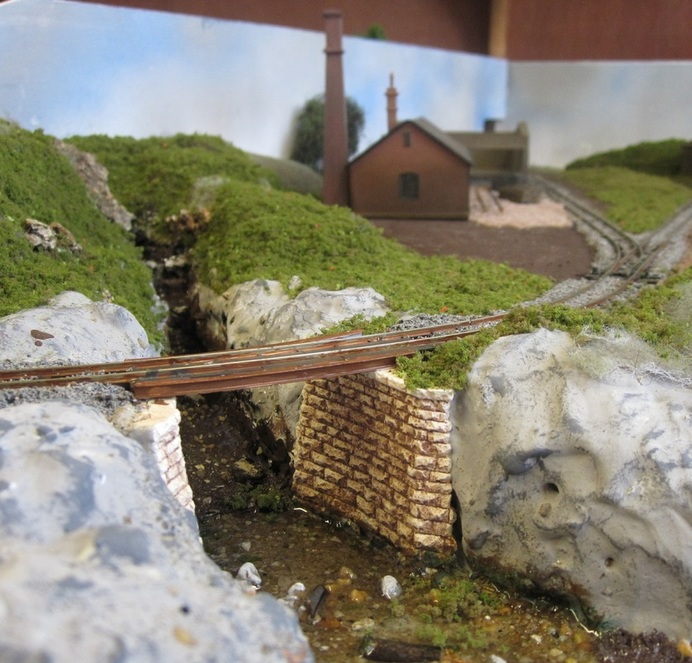 Foliage work on river banks added together with some "water", about 3mm per layer so a long way to go. 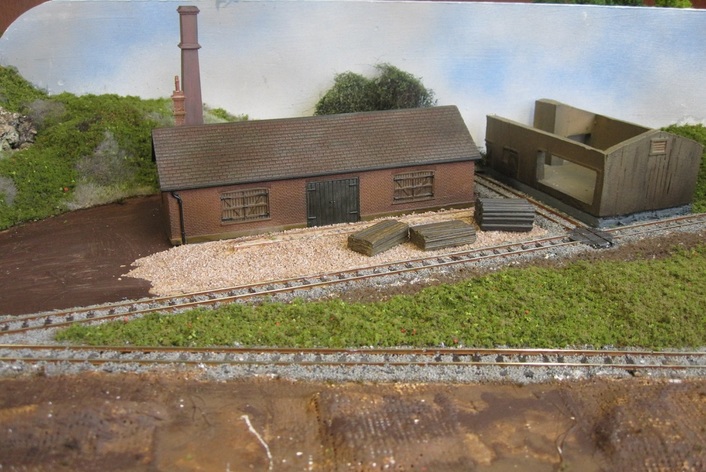 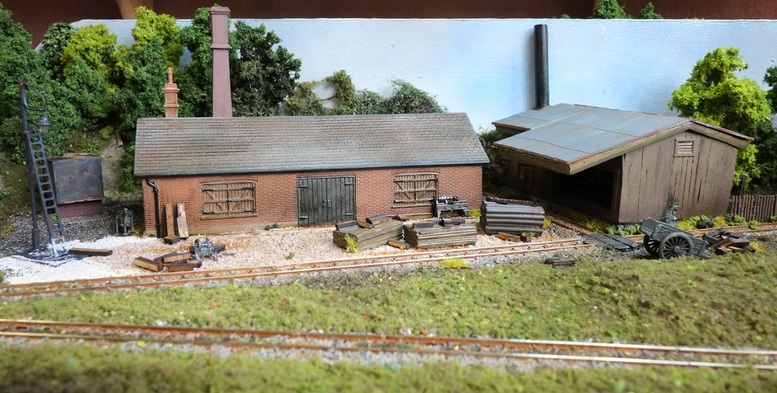 Close up of buildings. Lots of additional detail required.

"KydMoor" station with handbuilt loco. Area behind building still to be finished off. 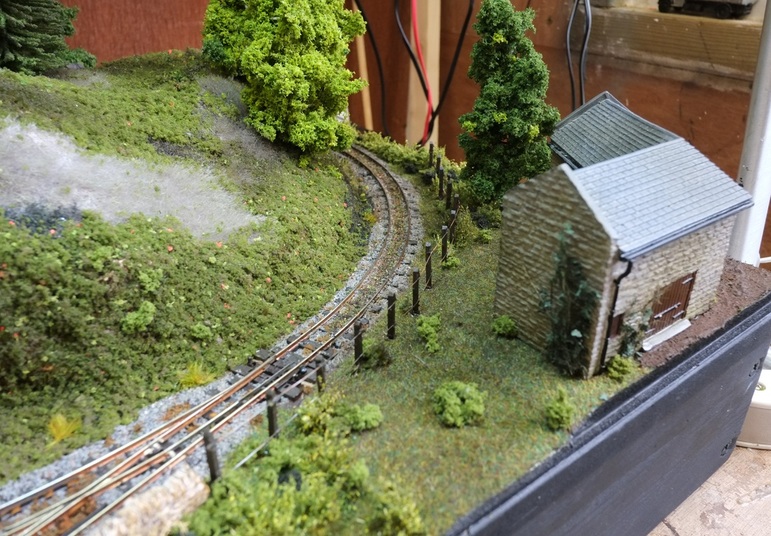 The barn, a 15mm wargames buildings which, against the 009 stock, does not look underscale.
The following five images show the layout in its completed form. 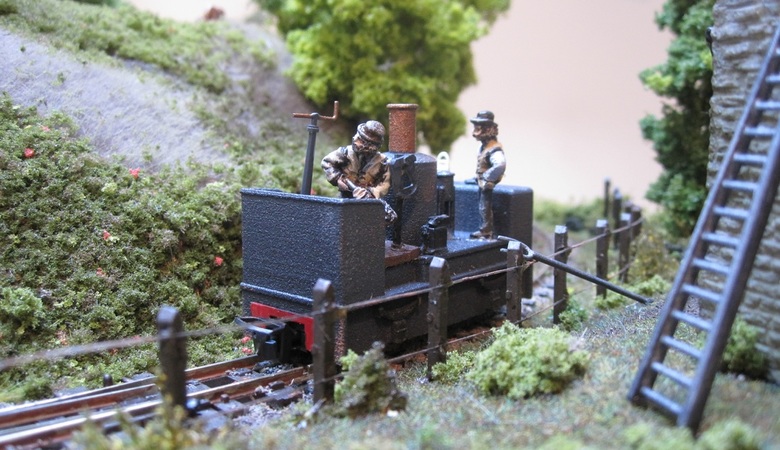 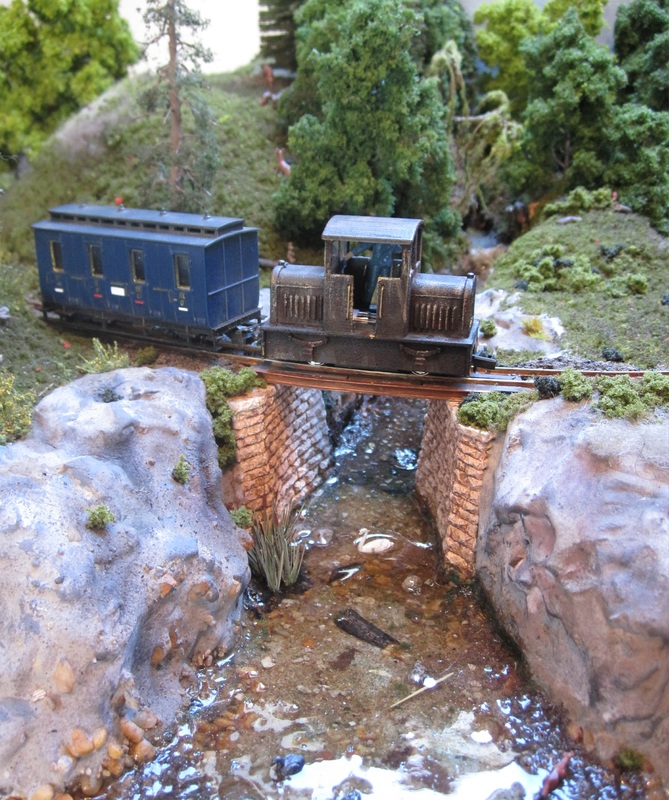 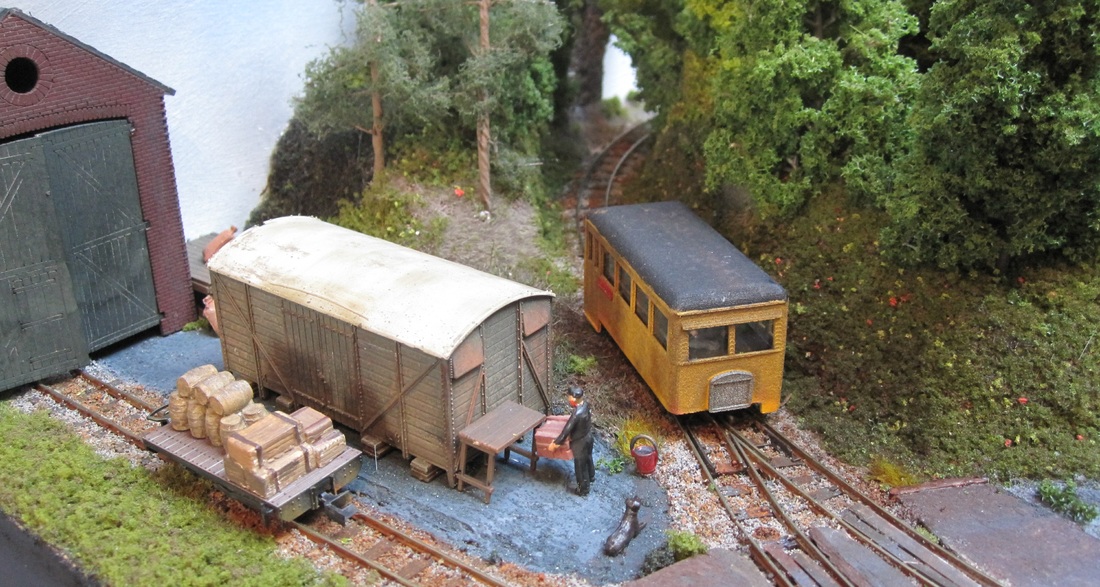 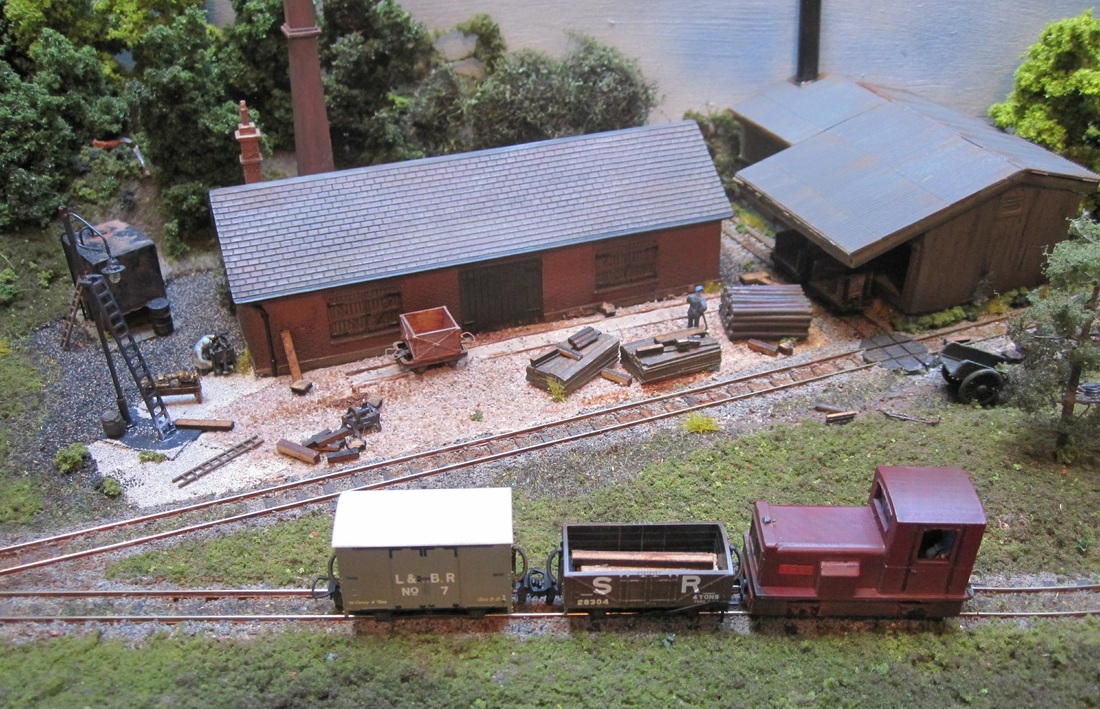 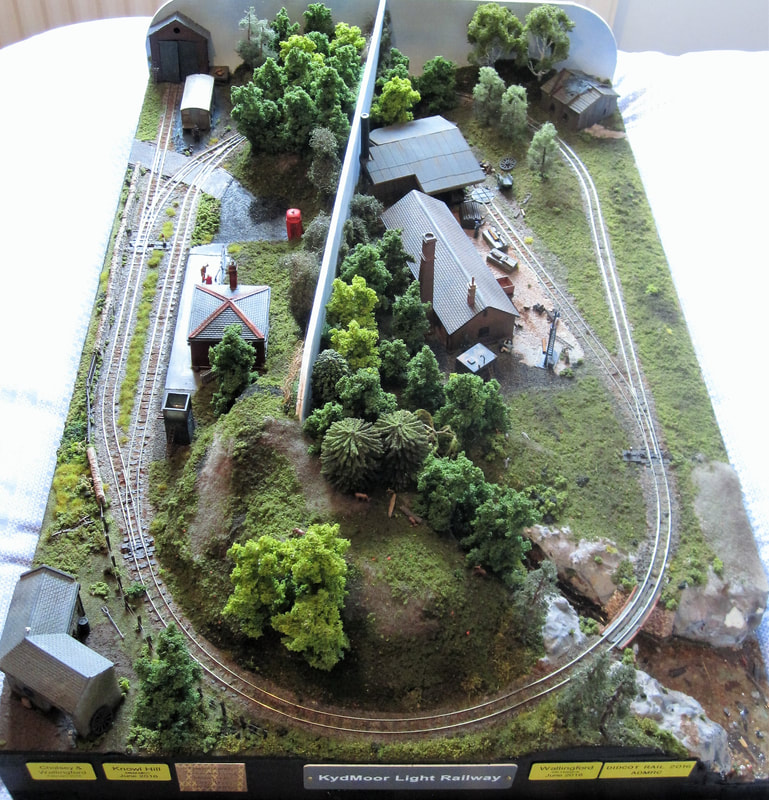 The complete layout from the viewing position.
Powered by