The Tube Works had a dedicated spur off the Midland Railway’s Brampton branch to the factory & the layout represents the factory end of this spur. Originally this spur formed part of the Boythorpe Incline.  The line is due to reopen as a cycle track in 2015.

3D plan using SCARM software. The top left siding will be behind the backscene affording access through it into the factory. [Nov 2013] 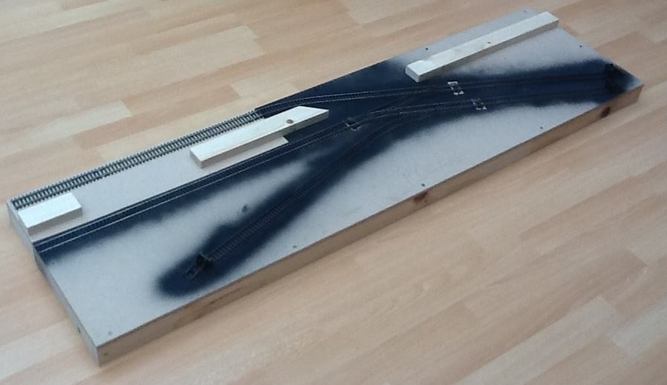 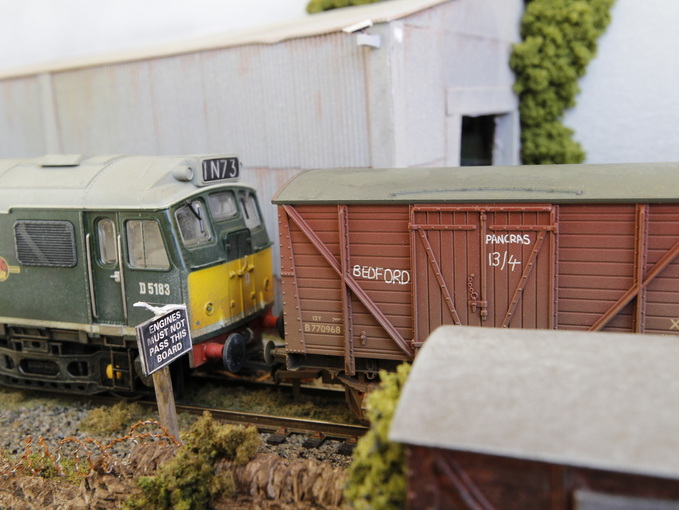 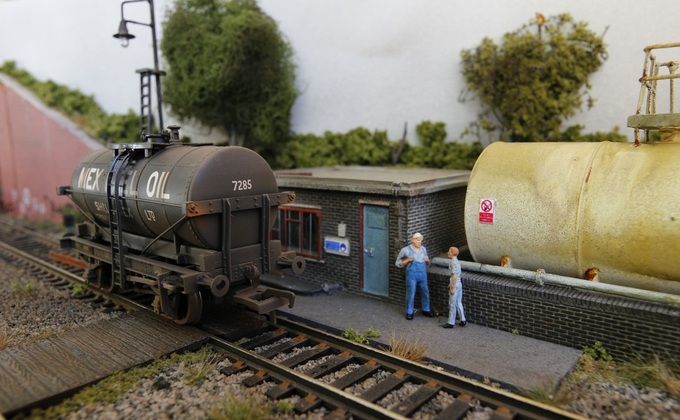 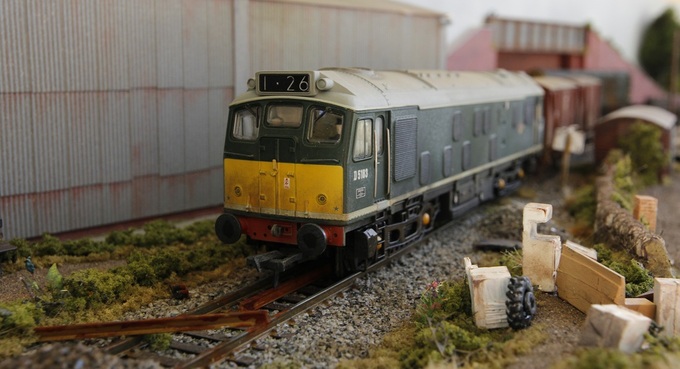 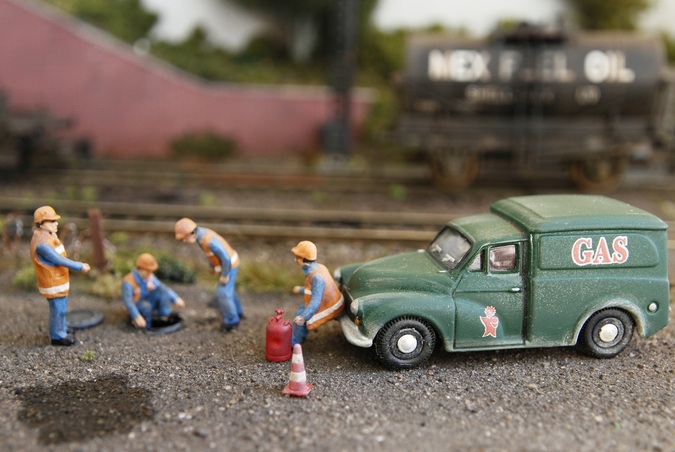 Gas board in attendance. 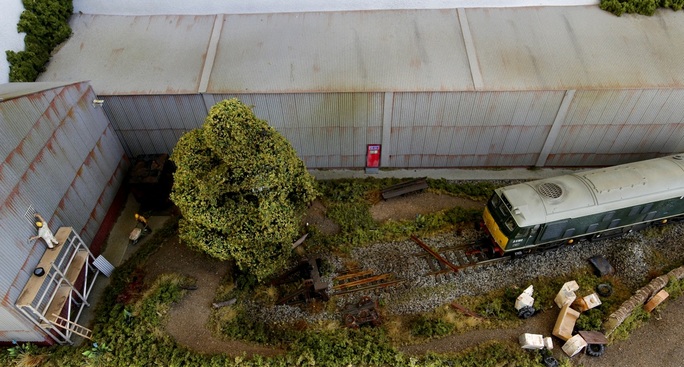 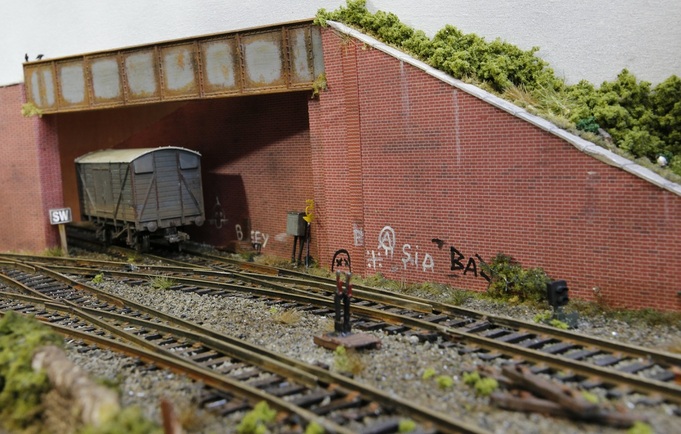 Box van blocks the view to the Brampton Branch. 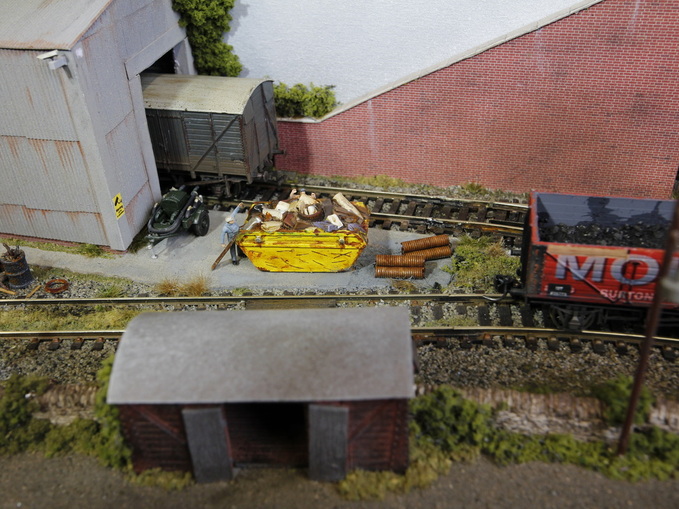 Grounded van used for something, or other. 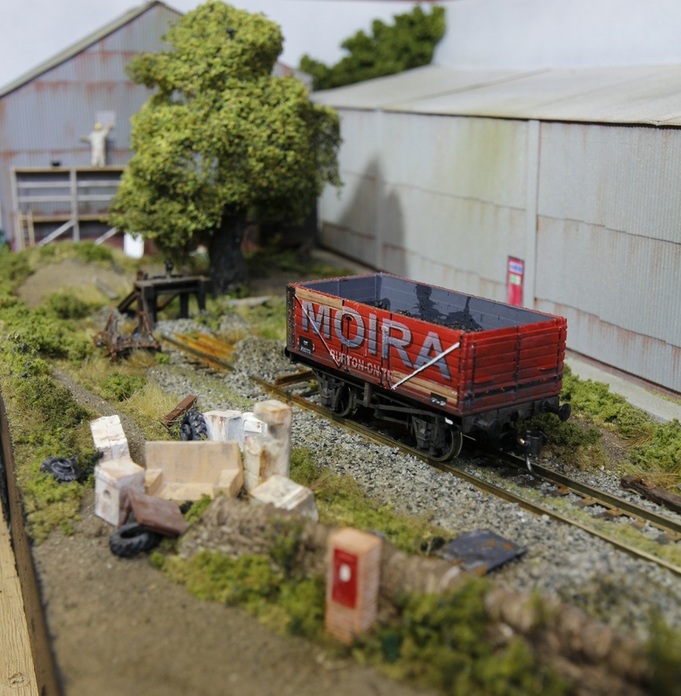