A new layout started October 2012 as an introduction to Z Gauge after being encouraged by a visit to ZEDEX. The layout is being built as an excercise & is intended as a prelude to a more ambitious project.

The track plan is based on the Mower Lower Company at Cass, West  Virginia. A spectacular piece of mountain railway since  1903 -- and survives today as a tourist line. The line has always featured Shay locomotives operating on tight curves and 11% grades amid amazing West Virginia mountain scenery.

This Z Gauge micro layout depicts the track line in 1955, near the end of its commercial life. Owned by the Mower Lumber Company, it brought hardwoods and spruce down Bald Mountain to the mill at Cass, right at the base of the mountain along the Greenbrier River. The track plan as modelled diverges somewhat from the prototype in order to fit 36" x 10" space, but the operations performed are the same. It has also been built "flat", ie no inclines on the model.

Construction of this 36" x 10" micro is by my normal method of Polyfiller over plaster bandage on polystyrene formers.  Track is from Micro Trains (MT) & points on this mini layout are being kept as manual.

Full view of layout, 36" x 10". Building lots have been marked on the baseboard. 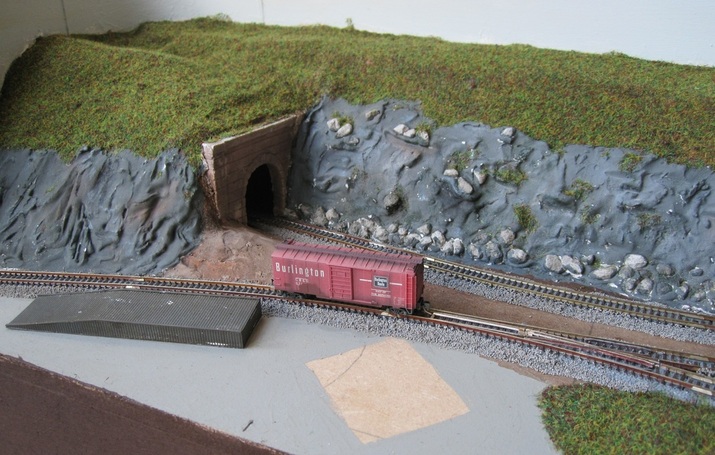 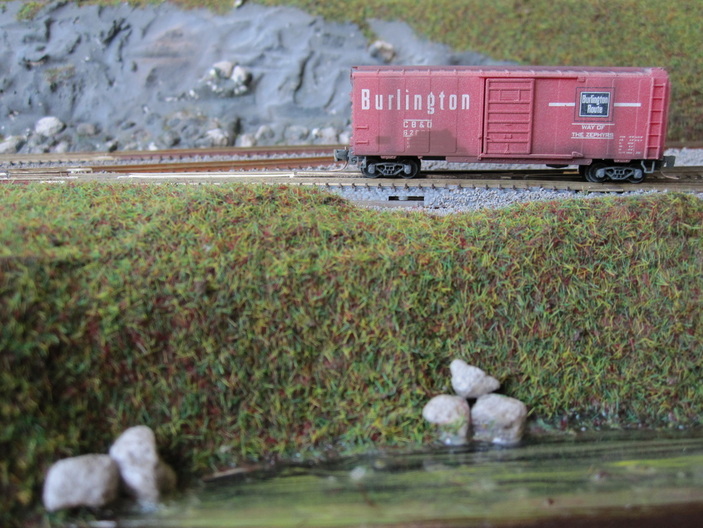 The lake of "Lakeside". Loads of work to be done yet. Lake is over 10mm deep.
Powered by