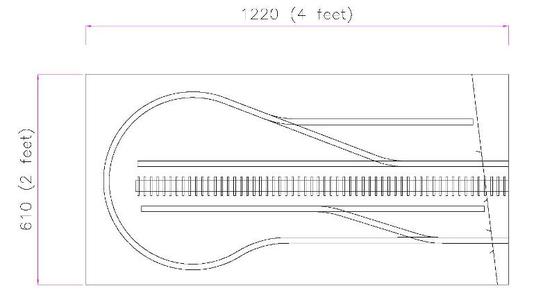 Having found the build of "The KydMoor Light Railway" a rewarding exercise, particularly the freelance locos, I thought I would combine both 009 & OO  gauges into a layout.  Whilst the initial  track plan above, originally drawn for 16.5mm gauge, indicates a board depth of 24", I am reducing this to 18" which, with a bit of tweeking,  is sufficient for 9" radii 009 settrack curves.  Of the total 4' length, 13" will be used for the fiddle permitting 35" to be scenic.

Based on a near defunct slate quarry, the track plan is intended to allow as much of a ‘run’ in 009 as the space will allow – rather than a train coming on three feet, stopping, shunting and going off again – this allows for a train to be watched travelling for at least six feet. The layout represents the ‘back end’ of a transfer siding between narrow and standard gauge, with the OO gauge  ‘main-line’ entering at low level, where there is a small, very informal platform for occasional passenger use. This is largely operated by an 0-6-0 tank, which will drop off any wagons it may have brought, before propelling back out again. The 009 loop is operated solely by four wheeled loco’s.  These will take full wagons up to the upper level  through the bridge, where their contents would be transhipped to standard gauge. All this should offer enough operating opportunity.

Scenic side only (35"). Wet area given a coat of bathroom sealant & painted grey. Ballast & track weathering completed. Initial undercoat given to background. [Aug 2016]

Basic contours have now been added & coloured with a stone wall added between the two levels. Rockface in background constructed of bark pieces coated in a mix of tile grout, PVA, & grey paint. [Sept 2016] 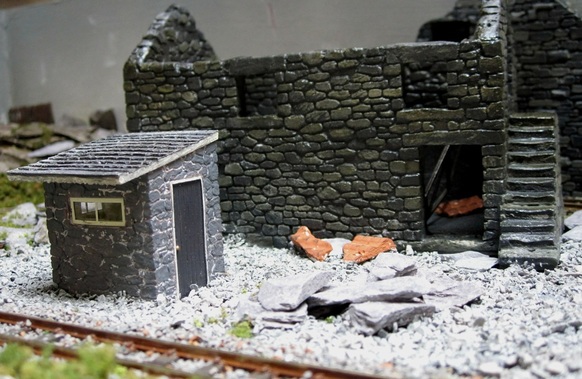 Derelict cottage (still being worked on ) on stone shed. [Dec 2016] 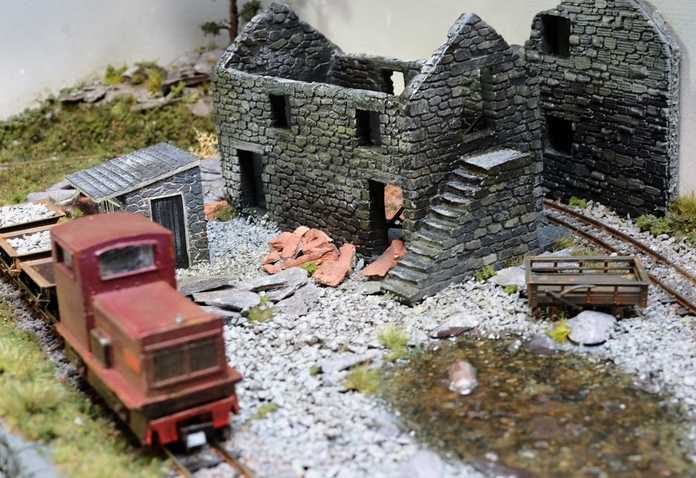 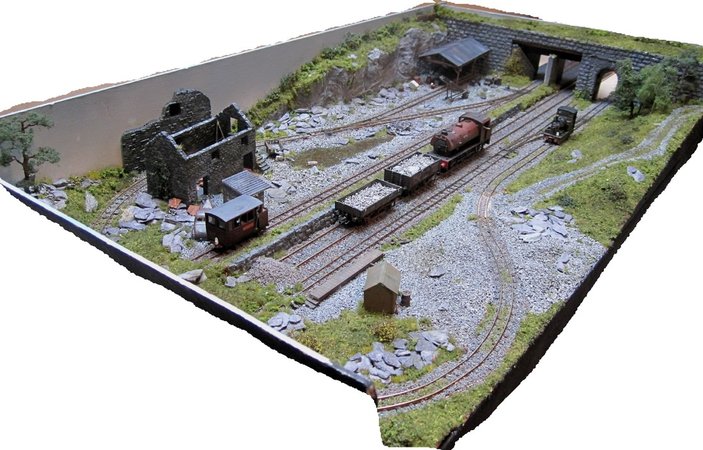